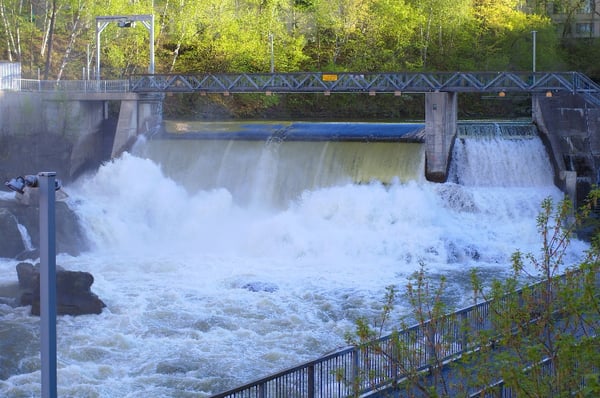 If you’ve been keeping up with the recent advancements in the fiber reinforced polymer (FRP) composites industry, then you know that pultruded products can be used in an array of applications.

From vertical structures to curved pultrusions in the auto industry, the sky’s the limit when it comes to utilizing FRP composites.

So, it should come as no surprise that pultruded products can also be used in hydraulic structures such as bridges, all around the world.

You’ve seen it too many times. The emergency news broadcast about a collapsed bridge that sends shock waves throughout the communities. Bridges and other waterway navigational structures fail far too often all over the world.

To combat this, countries such as the United States, Spain, China, France, the Netherlands, and the UK started incorporating FRP composites into bridges over the last 20 years.

So, why do so many bridges fail? The answer to this question lies in the water itself. Over time, conventional building materials can become compromised due to corrosion. Mostly caused by moisture and exposure to the elements, corrosion is not only damaging to the infrastructure, but it can have deadly consequences.

By replacing certain parts with pultruded products, construction crews won’t have to deal with an overwhelming schedule of repairs that need to be made every few years or so. FRP composites have a much longer lifespan than conventional building materials, and they require little to maintenance. 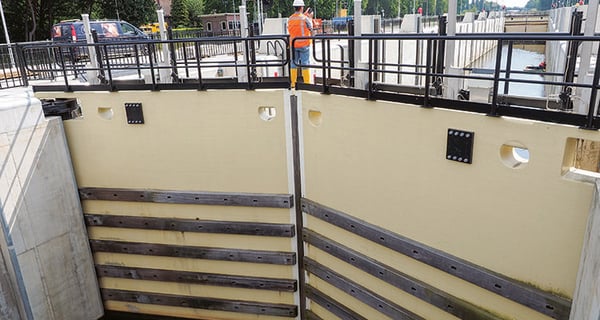 The U.S. Army Corps of Engineers released a set of guidelines in 2018 covering the best practices for constructing new hydraulic structures in the United States. Focusing on composite material, this publication covered lift gates, dams, stop logs, and everything in-between.

Titled “Composites for Low-Head Water Control Structures”, the report highlights various applications in which FRP composites can be used for hydraulic structures to improve durability and reduce repair downtime.

Similarly, the World Association for Waterborne Transport Infrastructure released a report back in 2016 titled “Composites for Hydraulic Structures.” This study showed that successful FRP composite integration into waterfront hydraulic structures would lead to more cost-efficient design and repairs.

This type of research has led to new rules and regulations to form when it comes to pultruded products. Let’s take a closer look at the latest considerations.

If a company is looking to incorporate FRP composites into an already existing hydraulic structure, there are a few design requirements that need to be taken into consideration first. Geometric boundary conditions and the maximum load the structure can withhold under various circumstances are the two main considerations to take into account.

Geometric boundary conditions can refer to the amount of stress that has been placed on the structure, its fatigue cycles, the dimensions, and even the temperature range it can withstand presently.

Meanwhile, the maximum load strength will vary depending on conditioning. For example, water flows, waves, wind, and ice will all rank differently. Torsion and longitudinal loads must also be considered as well as the likelihood of a barge collision. All of these factors will weigh heavily on the engineering team.

Once the design has been decided on, it’s time to think about the type of FRP composites that will work best in various parts of the hydraulic structure. Of course, rigidity and strength are the first two aspects to come into question when deciding on the right material.

After that, engineers will begin weighing the various options based on resistance to corrosion, heat, stress, impact, moisture, and even the sun. Specialty resins may need to be added into the mix to get the perfect FRP composite material for the task at hand.

The next step is to lay out the structural concepts for the hydraulic structure which includes the number of connections needed, impact load, how the water will flow if there is a leak, and whether or not the load transfer is evenly displaced across the entire hydraulic structure. Deflection will also need to be considered.

Once all of the aforementioned considerations have been taken into account, it’s time to run a cost comparison. This is where the benefits of FRP composites truly shine.

Not only do pultruded products have a longer life expectancy, but they also require very little (if any) maintenance. In the long run, FRP composites tend to be much more cost-efficient than traditional building materials.

Last year, the American Road and Transportation Builders Association reported that over 47,000 bridges across the country are in poor condition. There are currently 614,400 bridges in the United States, and more than 245,000 of those bridges have gone well over their 50-year shelf life.

This is incredibly dangerous, and the situation must be addressed in the near future. Otherwise, the bridges will continue to fall into disrepair. Let’s look at a recent example of an old bridge meeting its end. 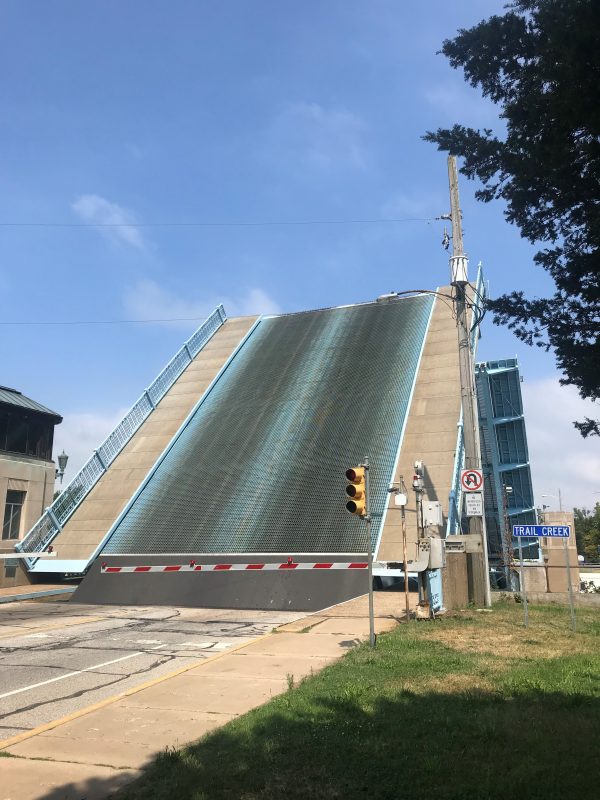 When Michigan City, IN lost the Franklin Street Bridge in February 2019 due to extremely low temperatures. The 87-year-old structure buckled, and FRP composites were brought in to replace the steel supports and stabilize the concrete leaves. Repairs happened quickly, and the bridge was able to reopen just two months later.

Not only can FRP composite materials be created quickly, but they are also easy to install because they are lightweight in comparison to steel and concrete. This makes transportation to the worksite easier as well.

Our variety of pultruded products can be used in various industries all over the world. Resistant to heat, moisture, corrosion, impact, exposure to the elements, and even insects, our products have a much longer sustainability and reliability than conventional building materials like steel, aluminum, or wood.

To learn more or to request a quote, get in touch with our experts today.