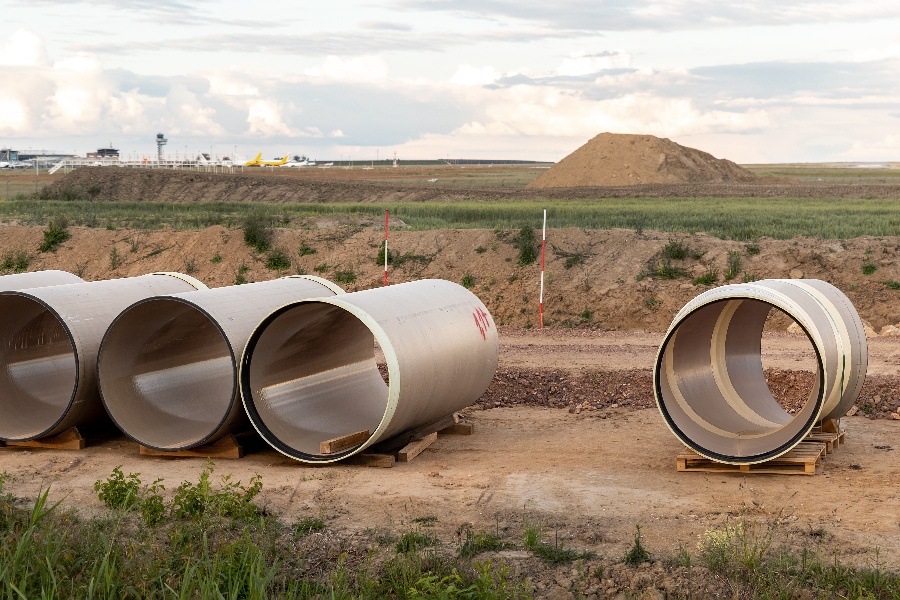 Prefabrication is one approach to construction in which building components are manufactured in a controlled environment, transported to a construction site, and assembled to form buildings.

Prefabrication is an increasingly popular alternative to traditional construction processes in which raw materials like iron or steel, timber, and concrete are transported to a building site and fabricated in the building environment. In addition to being safer and more environmentally friendly, the off-site manufacture of building components allows for a higher degree of process control and consistency. This ultimately leads to a greater degree of efficiency during the construction process and safer, sturdier finished buildings.

The use of FRP in the construction industry is increasingly common due to a variety of superior properties, including high strength-to-weight ratio and ease of use. FRPs are useful in structural elements like beams, columns, and slabs, as well as non-structural or decorative elements. FRP bars are also often used in place of steel rebar in concrete structures, as substitutes for steel plates in concrete beams, and as connectors joining precast concrete sandwich (PCS) walls. As with all construction materials, it’s important to know how the properties of FRP will affect the final structure.

Here are a few things you should know when considering FRP in prefabricated construction projects.

Concrete construction members like beams are typically made up of a concrete material like Portland cement reinforced with steel rebar. Concrete provides resistance to compressive loading, while the rebar resists and distributes shear and tensile loads. However, steel rebar suffers from poor resistance to corrosion resulting from environmental exposure. This leads to a reduced in-service lifetime and an overall decrease in critical physical properties, including yield strength, flexural strength, and modulus of elasticity. Corrosion of steel rebar ultimately reduces the life of the structure, increases repair/retrofitting cost, and can affect structural integrity.

In one study, marine structures in Australia and Canada showed no corrosion after up to 8 years of extreme temperatures ranging from -35 to +35°C (-31 to 95°F) and repeated exposure to both natural marine chloride and deicing salts. The matrix polymer in all sampled GFRPs was intact and unaltered from its original state. FTIR and DSC analysis showed that hydrolysis had not occurred, and there was no significant in the transition temperature of the matrix material. Similar results were observed for a selection of thermosetting resins including epoxy, polyester, and vinylester.

FRP bars offer an alternative to steel rebar that is easy to handle and install, is maintenance free, and exhibits an impressive degree of corrosion resistance. These characteristics make FRP bars an attractive material for use in prefabrication operations. And the light weight of FRP bars relative to steel means that prefabricated building components will be less expensive to transport to the construction site or to your customers.

Concrete beams and slabs used in prefabrication construction are frequently bonded to steel plates to improve strength and stiffness. These improvements come at a cost, though. Steel reinforcements have a tendency to detach prematurely from the concrete form before actually reaching their design strength. This detachment - also known as debonding - is a peeling action caused by concentrated mechanical stress at the plate ends. This commonly occurs in beams with side plates, angle plates, and tension face plates.

FRP reinforced with both carbon fiber (CFRP) and glass fiber (GFRP) is increasingly being selected as an alternative to steel plates. FRP offers a wide range of benefits, including high strength-to-weight ratio and corrosion resistance, as discussed above, as well as allowing for a high degree of customization. The peeling mechanism in FRP plated beams is similar to that of steel plated beams despite the lower elastic modulus of the reinforcing FRP plates. Despite occurring through a similar mechanism, FRP offers significant improvements in debonding behavior.

FRP plated beams are much less likely to debond as a result of flexural peeling than steel plated beams. FRP reinforcements also show improved shear peeling behavior. The flexibility of FRP allows shear stirrups to carry shear load effectively after web shear cracks begin to form. In contrast, the stiffer steel reinforcements could not transfer shear load to the stirrups and debonded from the concrete beams.

The unique balance between strength and flexibility offered by CFRP and GFRP reinforcements leads to a significant decrease in debonding. This makes them an ideal substitute for traditional steel plates in prefabricated concrete beams and other construction members.

In a perfect world, we wouldn’t need to worry about the thermal behavior of construction materials at extremely high temperatures. But structural fires are a reality and we need to take that into account when selecting building materials. FRP plates and bars are used as internal reinforcements in concrete members that go into structures like parking garages, multi-story residential buildings, and industrial facilities where fire resistance is a major design requirement.

In one study, GFRP and CFRP bars based on vinylester resin were placed inside a kiln and stressed with a hydraulic loading jack to mimic the conditions that might be encountered in a structure fire.  Both GFRP and CFRP retained a very high level of their original stiffness at temperatures of up to 350°C (662°F). The tensile stress and modulus of both GFRP and CFRP are comparable to steel up to this temperature. GFRP exhibited somewhat better behavior than CFRP at temperatures above 200°C. The tensile modulus of GFRP remained fairly consistent up to 400°C, retaining about 90% of its ambient temperature value.

At temperatures that would be encountered in a structure fire, the failure strength of FRP bars decreases at an almost linear rate until reaching zero at about 500°C, while elastic modulus remains almost unchanged until 300-400°C. The failure of FRP reinforcements is ultimately dependent upon the thermal decomposition temperature of the resin used to bond the reinforcing fibers together. This highlights the importance of selecting a matrix resin with an appropriate degree of fire resistance. Luckily this property can be adjusted to some degree by incorporating flame retardant additives to the resin before or during pultrusion.

Prefabrication construction offers an environmentally friendly and cost-effective alternative to traditional construction techniques. Environmentally friendly FRP reinforcements are ideally suited for use in prefab structural members. If you’re considering reinforced thermoset materials like FRP for your next project, reach out to our team. We would love to help you learn more about how Tencom’s line of products can help.