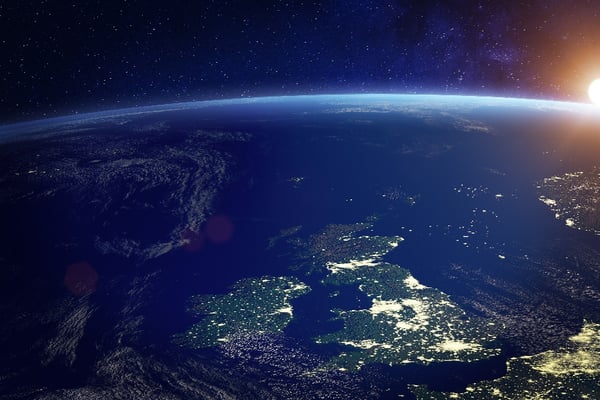 Taking to the clear skies of Las Cruces, New Mexico on June 25 from Spaceport America, this supersonic craft hit a new milestone.

Built by Virgin Galactic Holdings Inc. and The Spaceship Co. (both based out of Mojave, California), the SpaceShipTwo VSS Unity quickly moved from a concept aircraft to a prototype model. It completed its very first test flight on May 1, 2020.

Designed to provide a zero-gravity experience, the first solo test flight was a glide test. The all carbon-fiber composite aircraft was attached to a carrier aircraft known as the VMS Eve, which was piloted by Nicola Pecile and C.J. Sturckow.

After climbing to an altitude of about 50,000 feet, the VSS Unity was detached to fly freely for the very first time. Entering the New Mexico airspace, the VSS Unity hit a gliding speed of Mach 0.70. It also managed to complete all the test-points before landing back at Spaceport America smoothly.

This initial flight test had been in the works since February 2020, and it was Virgin Galactic's first chance to test out all of the aircraft’s required components for operation. Commercial astronauts, Mark ‘Forger’ Stucky and Michael ‘Sooch’ Masucci were the acting pilots for this initial flight test.

They were instructed to perform several maneuvers in order to gather the appropriate data for analyzing the overall performance and handling. This data was then used to further perfect the VSS Unity with enhanced aerodynamics and smoother handling while flying. 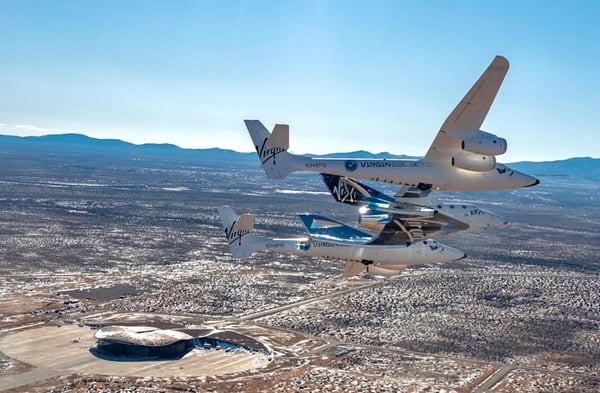 Bringing the astronauts back in for round two, the VSS Unity took to the skies again on June 25. This second glide test enabled the pilots to explore how the aircraft functioned during rocket boost on a spaceflight, which helped with the continued development of the aircraft.

During the hour-long second glide test, the innovative spaceship outperformed itself by hitting a top glide speed of Mach 0.85. It was also released from the mothership, VMS Eve, at a slightly higher altitude of 51,000 feet.

This time, a sequence of maneuvers was conducted by the pilots under a much more stringent set of protocols. Due to the present danger of COVID-19, all safety and sanitization measures were taken as directed by state guidelines. Masks were also used.

At the present moment, the data collected from the second glide test is still under review. However, the experts at Virgin Galactic are already prepping for the third flight test. Detailed inspections and modifications to the passenger cabin are still being made to the VSS Unity.

SpaceShipTwo is an air-launched, FRP composite aircraft designed for space tourism. Built to glide in outer space with a trajectory that intersects with Earth’s atmosphere, it is essentially a space plane.

Able to carry a crew of two, reservations for the first space flights have been open for quite a while. Costing about $250,000 per ticket, there are six available seats per flight.

The creation of the SpaceShipTwo VSS Enterprise presented momentary setbacks for the company when the spacecraft crashed during a test flight in 2014. One of the two pilots was killed, and the other survived by parachuting out of the glider before it crashed.

Today’s model, the SpaceShipTwo VSS Unity, has been in production since 2016. Named by Professor Stephen Hawking, it is having a lot more luck than its predecessor.

Taking safety into consideration, a hybrid rocket motor is now used to power the SpaceShipTwo. It combines solid and liquid rocket engines to allow the motor to shut off immediately at any moment during the flight without compromising the safety of the passengers.

Another safety feature that the SpaceShipTwo boasts is its ability to change shape while in space. Allowing the craft to re-enter Earth’s atmosphere safely, the wings and tail booms rotate upward during space travel.

This uses aerodynamic forces to help to control the rate of deceleration during descent and improve the aircraft's stability. Known as feathering, this transforming design combines winged spacecraft designs with traditional capsule designs. The wing and tail sections rotate upward into a feather position which allows the vehicle to slow its rate of descent smoothly and stably. Engineers at Virgin Galactic like to compare it to a shuttlecock in badminton.

G-forces are managed safely and comfortably during a ride inside the SpaceShipTwo with the help of articulated seats. The spacious cabin is also designed for passengers to experience zero-gravity out of their seats during the space portion of the flight. The spaceship also has more windows than any other spacecraft.

This is meant to allow the passengers and astronauts to gaze out into open space and take in the view of the cosmos.

What’s even better about the SpaceShipTwo is that it is almost entirely reusable with the exception of the oxidizer and the fuel. The main reason why the SpaceShipTwo aircraft is  reusable can be attributed to the use of FRP composites in the design.

Carbon fiber and fiberglass composites are commonly seen in spacecraft, aircraft, boats, cars, and other types of vehicles. Whether it's created for the sky, the sea, the ground, or even outer space, FRP composites are the way to go.

Lightweight, durable, and resistant to just about everything that could possibly damage a transport vehicle, FRP composites are the future of space exploration and tourism.

As of now, there are five linerless cryogenic storage tanks headed to the International Space Station for testing in the fall. The future is bright for FRP composite materials in space, and the SpaceShipTwo is just the beginning.

If you want to learn more about FRP composites, our experts at Tencom invite you to learn more about the pultrusion process of manufacturing them. You can also get in touch with our team of experts to receive a quote or ask about any of our products.