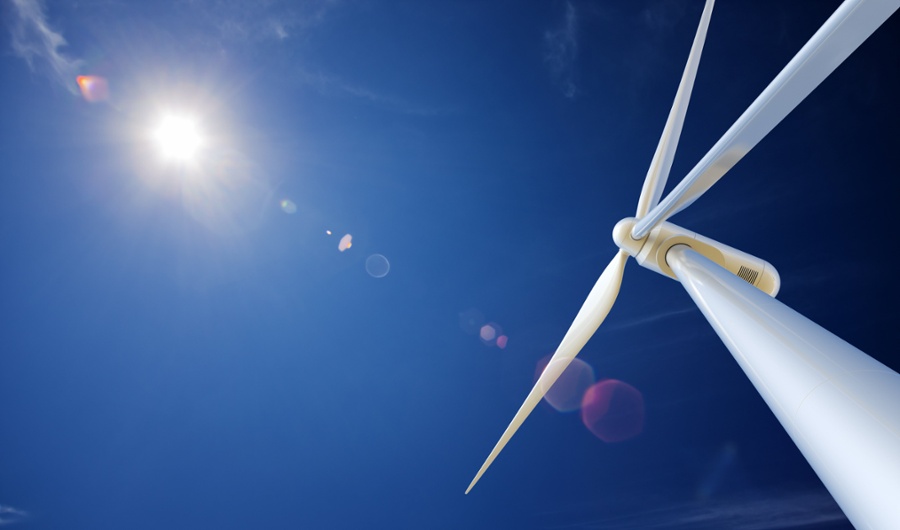 When it comes to power generation, there has been a lot of effort in recent decades to move towards greener sources. While solar has also seen strong growth, wind has become the most widely-used renewable source of energy in the US.

It isn’t just the US, either. According to numbers published by the International Energy Agency, the world added a record 108 GW of wind power generation capacity in 2020. This number was twice as much as in 2019. Cleary, wind energy is experiencing accelerating growth.

Though wind power has a long history, its recent rapid rise would not have been possible without high-tech materials. In this article, we’ll cover a bit of the background of wind power and why composites play a crucial role in this industry.

The Development of Wind Power

The first recorded use of wind power to drive a machine was in Alexandria in the first century AD. The Greek mathematician and engineer Hero created a wind-driven wheel to operate an organ.

It would take several more centuries, however, until wind power was put to serious use in drawing water and grinding grain in Persia from the 7th century onward. Windmills were used for these same applications in Europe beginning in the Middle Ages, so by the time electricity generation was invented, wind power was a very old technology.

The first person to construct a device that linked the two was James Blyth in Scotland, who made a wind turbine to provide power for his vacation home. In the 20th century, wind power generation saw limited use on farms and other places remote from central power grids.

Modern power generation by wind began to get traction when environmental and cost concerns about fossil fuels became common in the 1970s. In the US, the first wind farm came online in 1975, producing enough electricity for over 4,000 homes.

Growth has continued since then and accelerated in recent decades as the technology has become better and governments have actively encouraged the development of alternate sources of energy. In 2020, wind power accounted for about 8.4% of power generated in the US.

The way wind turbines work is pretty simple mechanically. The most common design has three large blades that rotate around a horizontal axis. The surface of each blade is shaped like an airplane wing, which develops lift as air flows over it. This pressure on the blades causes them to turn, rotating a shaft connected to a generator. This arrangement converts the powerful kinetic energy of wind into an electric current that can then be added to the power grid.

The blades of wind turbines have grown increasingly longer as the technology has developed. The average wind turbine blade in the US is about 164 feet in length. The newest blades being deployed in offshore installations can be up to 351 feet long.

The reason longer blades are desirable is that larger turbines are more efficient. For one thing, the transport, installation, and maintenance costs for a larger turbine are similar to a smaller one but it generates significantly more power. Moreover, the larger blades are able to tap into the stronger winds that are found at higher altitudes.

These long turbine blades have to hold up to rigorous performance demands. They need to be stiff, very strong, as light as possible, and durable. Composites have been the material of choice to meet this design profile.

Turbine blades have several different parts. Internally, they have a beam designed to carry the load and provide rigidity. This is fused with the two halves of the outer shell, which give the blade its airfoil shape.

For parts of the blade that are subject to the greatest stresses, carbon fiber reinforced polymer is often also used. In comparison to glass fiber, carbon fiber is stronger, stiffer, and lighter. It is around ten times more expensive, however. It is also a good conductor of electricity and its stiffness can reduce longevity. For these reasons, fiberglass predominates in blade construction.

More recently, techniques have been developed to combine these fibers in the same polymer to create a hybrid material that gains some of the advantages of carbon fiber without increasing costs too much. There is also research being conducted into adding carbon nanotubes to the mix, which promises to be another way to enhance strength and durability.

One of the challenges facing engineers when it comes to wind power is what to do with the turbine blades when they reach the end of their service life. Blades last around 25 years and the blades from all the turbines built in the 1990s are starting to need replacement.

At this point, many of them are winding up in landfills, which creates a significant environmental impact for a technology that was created to be more friendly to the planet.

But engineers are developing ways to make use of these old blades. One company in Washington has developed a concrete-like material made from ground-up turbine blades. Research has also shown that the composites used in turbines can be broken down in a process called pyrolysis into several useful materials.

One thing seems certain: composites are going to remain the key material for wind power since nothing else can provide the combination of strength, lightness, and durability. Given the growth of wind generation in recent years, this is an area in which we will see sustained technological growth in the future.

Your Partner in Composites Manufacturing

The strength, lightness, and durability of fiberglass aren’t just great for wind turbine blades. There are lots of more down-to-earth applications for this versatile material. At Tencom, our team of engineers can help you explore the advantages of fiberglass for your next manufacturing challenge. Get in touch today to start the conversation.