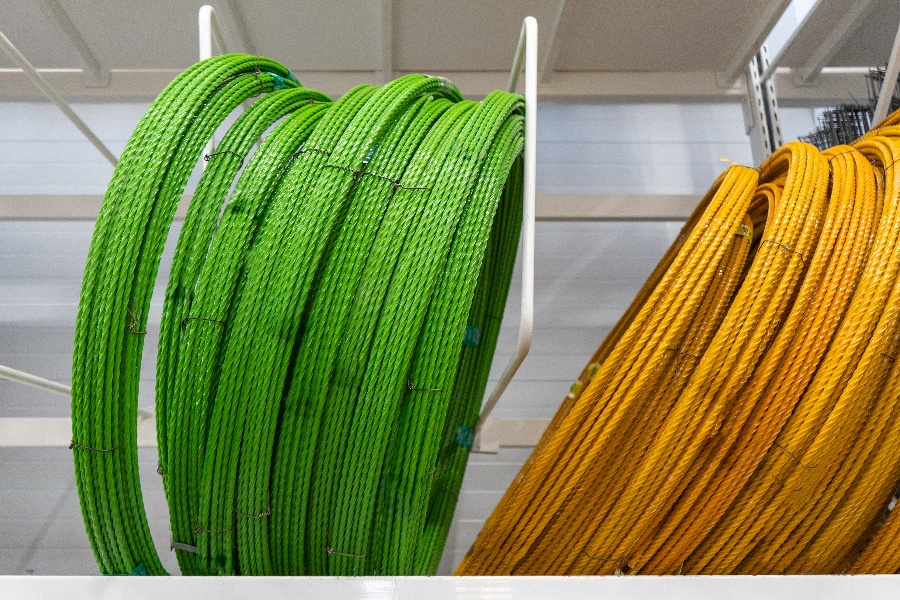 In the United States, nearly half of its infrastructure is aging and in urgent need of repair and/or replacement.

In a report on the nation’s infrastructure published in 2017, the American Society of Civil Engineers (ASCE) found that out of the 614,387 bridges in the country, 4 in 10 bridges are 50 years or older. About 10% are posted with a load restriction. Approximately $123 billion is needed to rehabilitate these bridges.

Since most bridges, reported the ASCE have a service life of 50 years, an increasing number will need major rehabilitation in the near future.

The ASCE report adds, “some studies indicate that the indirect costs of deteriorating infrastructure, when factoring in traffic delays and loss in productivity, could be as high as 10 times the cost to fix the structural damage. Extending the life of a structurally deficient bridge through rehabilitation is almost always preferred over replacement.”

Compared to traditional repair materials using steel or concrete, fiber-reinforced polymer (FRP) materials are an ideal alternative. They are lightweight, corrosion resistant and have superior mechanical properties. When the total cost of construction is considered, it often is cheaper.

However, a change in the use and condition of a structure has meant that some structures fail to meet the changing requirements including:

FRPs boast structural and durability properties and are increasingly being used as a replacement/reinforcement material for concrete, especially in pre-stressed concrete construction and as anchors for slope stabilization.

They are also used in special structures such as high-speed linear motor railway tracks, magnetic resonance imaging (MRI) units of hospitals, and repair and rehabilitation works.

As an example of FRP usage, a Florida Department of Transportation (FDOT) analysis of its roads and bridges found that a major cause of failure in concrete structures is the deterioration of reinforcing and pre-stressing steel within concrete.

All concrete transportation structures are exposed to weather and “commonly located in aggressive environments such as marine locations and inland water crossings where the water is acidic.”

Within concrete, cracks open up paths for the agents of the aggressive environments to reach the reinforcing and/or pre-stressing steel. Once this happens, the process of corrosive oxidation begins.

To shore up these structures, FDOT is replacing the traditional steel bar and strand reinforcement with FRP reinforcing bars and strands. These are made from fibers ─ glass (GFRP), basalt (BFRP), aramid (AFRP) or carbon (CFRP) ─ held in a polymeric resin matrix binder.

Another example of FRP usage comes from Ohio where the Ohio Department of Transportation (ODOT) passed a steel replacement scheme for the Anthony Wayne Trail Bridge in Toledo using fiberglass components to replace steel. After extensive research, ODOT found that fiberglass to be a superior product. ODOT has opted to replace the steel entirely.

Here are some applications of FRP profiles:

Within infrastructure construction, load-bearing fiberglass rebar used in the reduction of thermal bridges, a study on FRP rebar was found to have a higher longitudinal tensile strength and lower module of elasticity and density when compared with steel (550 MPa and 200GPa for steel as opposed to 1000 MPa and 50GPa for fiberglass rebar).

By and large, the rehabilitation process involves manpower costs and a disruption to traffic. Using FRPs to repair or upgrade concrete members lowers indirect costs and offers other major benefits for project owners:

a. Ease of installation
b. Customizable performance properties
c. Quick completion of project and durability.
d. Ease of handling and transportation means reduced transportation and construction.

The cost of FRPs can be offset by increasing the speed of construction, reducing labor cost and traffic disruption. Composites can extend the life of old or damaged structures with little or no disruption to users. Civil engineers are able to complete projects quickly with such lightweight and easy-to-install materials without having to deal with the costs of moving/transporting heavy bars of steel.

For the past decade or so, pultruded profile manufacturers have produced high-quality construction products with minimal voids and accurate fiber alignment. The growing acceptance and the development of new design codes show that composite materials have the potential to build and maintain sustainable concrete infrastructure in a cost-effective manner.

For your future projects, talk to Tencom about pultruded profiles. We make a wide range of pultruded products that can be used in numerous applications. If you would like to learn more, get in touch with our team today.

Everybody says so, yet in the end, it's not what is said but how it is performed.