The History of Fiberglass 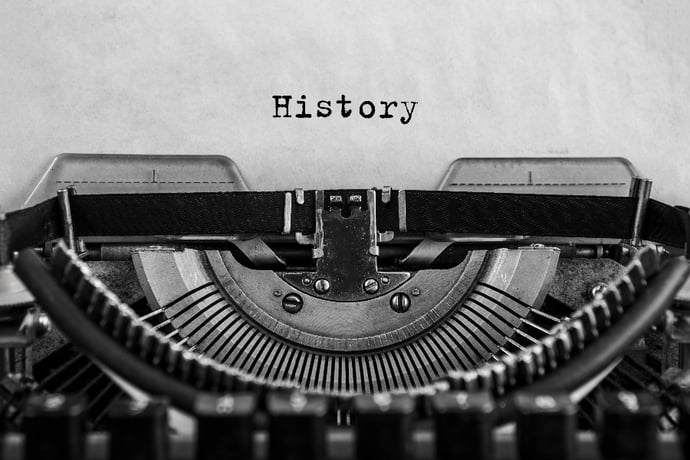 Fiberglass has become a ubiquitous product in today’s world. You almost certainly have several fiberglass products in your home (or even on it). In 2020, total global glass fiber demand totaled 10.7 billion pounds. And yet, just 100 years ago, total demand was about zero.

So how did we get here? This post tells the fascinating story of the creation of fiberglass and how it became one of the most important industrial products.

Before diving in, we should start by clarifying our terms. “Fiberglass” is actually used to refer to two distinct things. Sometimes, the term is referring to glass fibers, which can be found, for instance, in insulation. On the other hand, the term is also used to refer to the combination of glass fibers and a polymer matrix, like the fiberglass hull of a speed boat. A more accurate term for the latter is “FRP,” or “Fiber Reinforced Polymer.” We’ll use that term in what follows to avoid confusion.

If you’ve ever had the chance to see a glassblower at work, perhaps you’ve seen molten glass being drawn out into surprisingly fine strands. There’s nothing particularly challenging about that. We know the ancient Egyptians, Phoenicians, and Greeks understood how to make delicate glass threads and would use them for decorative purposes.

But making some strands by hand and producing a large number of very fine glass fibers are two different things. In the 1800s, people in various places began to experiment with techniques for achieving this much harder result. The first patent in the US for the production of glass fiber was issued to Hermann Hammesfahr in 1880. He developed a cloth woven from glass fibers and silk.

His patent was purchased by Libbey Glass of Toledo, OH, which produced lampshades and a dress made from the cloth to be displayed at the 1893 World’s Fair in Chicago. The dress received a lot of attention, though commercial applications would have to wait for further developments.

Those developments came in 1932. The depression was being felt acutely by glassmaker Owens-Illinois, in Toledo, OH, as the economic downturn had lowered demand for glass bottles. Games Slayter, an engineer at the company, was working on ways to produce glass fibers as a strategy for finding new markets for glass.

Another employee at Owens-Illinois, Dale Kleist, was experimenting with fusing glass blocks together using molten glass sprayed out of a gun originally designed for spraying molten bronze. When he attempted to spray the glass, however, the gun emitted instead a shower of fine glass strands. Slayter immediately saw the potential of this accidental discovery and honed the process of producing large quantities of glass fiber efficiently and cheaply, which was patented in 1933.

The first product Slayter made with these new glass fibers was an air filter, which went on the market in 1932. This was to be the first commercially successful product made of glass fiber.

At the same time, Corning Glass of New York was also working on methods of producing glass fibers. The company approached Owens-Illinois to collaborate on research. In 1938 these companies formed the Owens-Corning Fiberglas Company (their name for the product had only one ‘s’), which continued to perfect techniques of industrial glass fiber production.

The Creation of FRP

Very soon after the discovery of methods to produce glass fiber in commercial quantities, engineers realized the potential to use it as a reinforcing material in a composite. The idea itself wasn’t new. Chemist Leo Baekeland, who invented the first synthetic plastic Bakelite in 1907, used asbestos fibers to reinforce the product.

During WWII, glass fibers were embedded in various resins to create the first examples of FRP using fiberglass. The early examples were used exclusively in military applications, particularly for aircraft parts.

An important breakthrough came in the development of a polyester resin called Laminac, produced by American Cyanamid in 1943. Whereas previous polymers had to be cured with high heat, this polymer could be used and cured (using a hardener additive) at room temperature. This allowed for much greater flexibility in the fabrication of FRP.

Soon after the availability of this resin, the first FRP boat was built in Toledo by Ray Greene. In 1945, an FRP car prototype, called the Scarab, was built and driven across the country. In the 1950s, FRP using glass fibers gradually expanded into the range of products we associate with it today.

The process for manufacturing fiberglass has changed a bit since the innovations of Kleist and Slayter. Their method of subjecting a stream of molten glass to pressurized air or steam is still in use, though in an updated form. The more common method of production involves forcing molten glass through tiny nozzles to create fine strands of glass, which are then drawn into a spool.

Different kinds of glass fibers are produced, depending upon the application for the finished product. The kind of glass fibers used in insulation, for example, are created in such a way as to trap lots of pockets of air in the glass. This has obvious advantages for a product used to insulate. Some types of class are created to have a higher tensile strength, while others are formulated to be especially resistant to certain chemicals or environmental conditions.

The most common applications of fiberglass are in the building industry. Most new houses are insulated using fiberglass batting and standard asphalt shingles also contain fiberglass reinforcement.

In addition, fiberglass combined with resins is used in numerous applications where a strong, lightweight, and highly durable material is called for. This includes components in the auto and aviation industry, boat construction, sporting goods, storage tanks, shower stalls, and numerous other examples.

FRP use in construction and industry continues to expand because of the useful properties of this versatile composite. At Tencom, we have seen this growth first hand as we have continually developed our expertise and capacity in the production of pultruded fiberglass products. If you’d like to hear more about what fiberglass can do for you, please get in touch.