Fiberglass Rebar: A Solution to Our Infrastructure Problem? 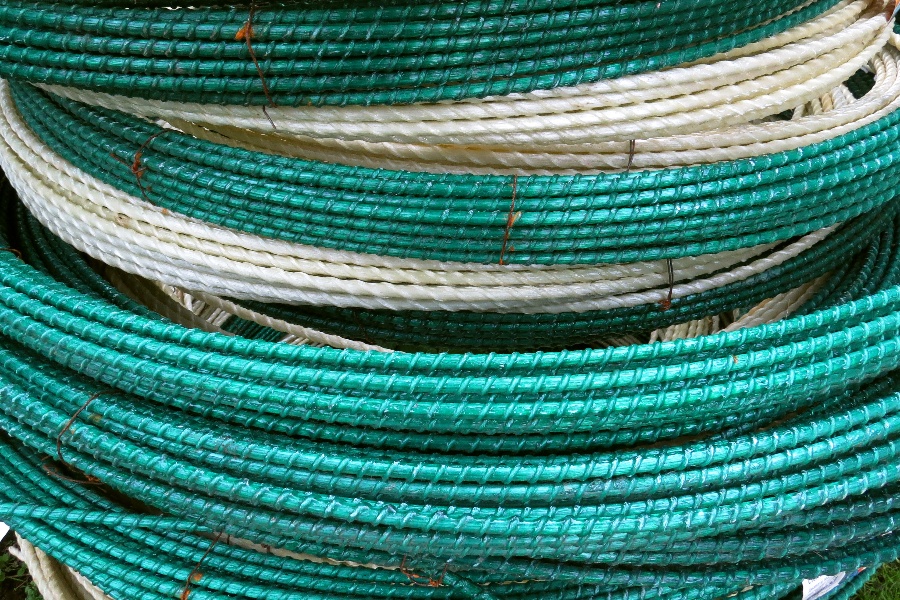 We have an infrastructure problem. Many of the structures built in this country over the past several decades are showing signs of age and will need to be repaired or replaced in the coming years.

Bridges represent one of the key components of the problem. The US has over 617,000 bridges and current estimates are that 7.5% of them — roughly 46,000 bridges — are structurally deficient. That number is only expected to grow as existing structures age.

Something many of these bridges have in common is that they are made from steel-reinforced concrete. This ubiquitous building technique has covered the globe with structures whose lifespan is not as long as we had once hoped.

It is not just bridges, of course. All sorts of structures have been built with reinforced concrete from apartment blocks to government buildings to stadiums. The problem of longevity affects them all.

In this post, we’re going to explain why steel-reinforced concrete became so popular and why it is time for an alternative. We’ll conclude with a discussion of glass fiber reinforced polymer (GRFP) rebar as a promising replacement for steel.

Concrete was around before the Roman Empire arose, but, as with many other things, it was the Romans who perfected it and put it to good use in their building projects.

Probably the most famous example is the Pantheon in Rome, which features an enormous non-reinforced concrete dome. Built in 125 AD, it is still in fine shape after nearly 1,900 years. The Romans developed a recipe for concrete that has an incredible capacity to endure through time. (In fact, the concrete they used for underwater applications actually gets harder as it ages.)

So why do we have so many concrete structures built only a few decades ago that are falling apart?

The Rise of Reinforced Concrete

Ironically, the answer has to do with an invention that greatly improved concrete in certain respects.

In the 1800s, people began to experiment with ways of reinforcing concrete to improve its tensile strength. Ernest Ransom, an engineer living in California, hit upon the winning formula when he used iron (and then steel) embedded in poured concrete. He supervised the construction of a warehouse and a bridge in San Francisco in the 1880s. These were the first reinforced concrete structures in the world.

The technique soon caught on and the first steel-reinforced concrete skyscraper was built in Cincinnati, Ohio in 1903. Though there was much speculation at the time about whether it would be structurally sound, it was soon obvious that this new technique represented exciting new possibilities for concrete in construction.

Architects like Frank Lloyd Wright found creative ways to exploit the possibilities of reinforced concrete, designing structures like his famous house, Falling Waters. The cantilevered slabs of concrete in his design would not be possible with the steel reinforcement used.

The influence of Wright in the US and Le Corbusier, who also had a passion for reinforced concrete, in Europe soon inspired architects all over the world to design using this new technology. The need for rebuilding after WWII gave the impetus required to bring about a boom in reinforced-concrete construction.

Today the world uses unimaginable quantities of concrete in construction. The only thing we use more of is water. Unfortunately, that means any problems with the method of reinforcing concrete with steel will also be widespread.

So what is the problem, anyway?

You may remember the heart-wrenching headlines from last summer when Champlain Towers South, a twelve-story beachfront condominium, collapsed in Florida. Ninety-eight people were killed. The culprit turned out to be structural failure due to corrosion of the steel rebar in the building’s concrete.

Corrosion is steel’s Achilles' heel. Over time, moisture slowly begins to turn steel into rust — even when it is embedded in the middle of concrete. As steel rusts, it expands. This expansion causes the concrete in which it is encased to crack and even break off. This damage is called “spalling” or “concrete cancer.”

Salt exacerbates the problem, so this corrosion is especially pronounced in coastal areas and on roadways where salt is applied in the winter to melt snow.

This corrosion of the rebar means the lifespan of steel-reinforced concrete is only 50-100 years (or even less) before expensive repairs are needed. Since rebar is embedded in the concrete, inspecting it for signs of corrosion is difficult, making failures like the one in Florida challenging to detect ahead of time.

Robert Courland, in his book Concrete Planet, summarizes the scope of the challenge we face this way: “Unlike the Pantheon…virtually all the concrete structures one sees today will eventually need to be replaced.”

The Promise of Fiberglass Rebar

Various methods have been tried to reduce the corrosion in steel rebar, but a better solution is to use a material that isn’t subject to corrosion in the same way.

One such material that has been gaining traction in the market is GRFP rebar. This is a pultruded fiberglass rod designed, like rebar, to bond well with the concrete and give it greater tensile strength.

Though the technology is relatively new, studies indicate that GRFP can perform comparably to steel for reinforcing purposes. (This study also gives a helpful summary of research that has been done.)

GRFP is also much more resistant to corrosion than steel and promises to last significantly longer in structures. As a bonus, there’s no rust to leave ugly stains on exterior surfaces.

Pultruded fiberglass rebar is already comparable to steel rebar in price. When you consider the lifetime cost — which takes into account maintenance and the lifespan of the building — GRFP is much more economical.

As we mentioned, this is a newer technology and we expect the future will continue to see improvements in the durability and service life of pultruded rebar products.

Unfortunately, that doesn’t help us with the problem of existing infrastructure needing to be repaired and replaced. But it does mean that we can begin to build in ways that won’t saddle our children with the same burden.

By the way, pultruded fiberglass rods are our specialty here at Tencom. If you’re interested to read more about them and their applications, click here.